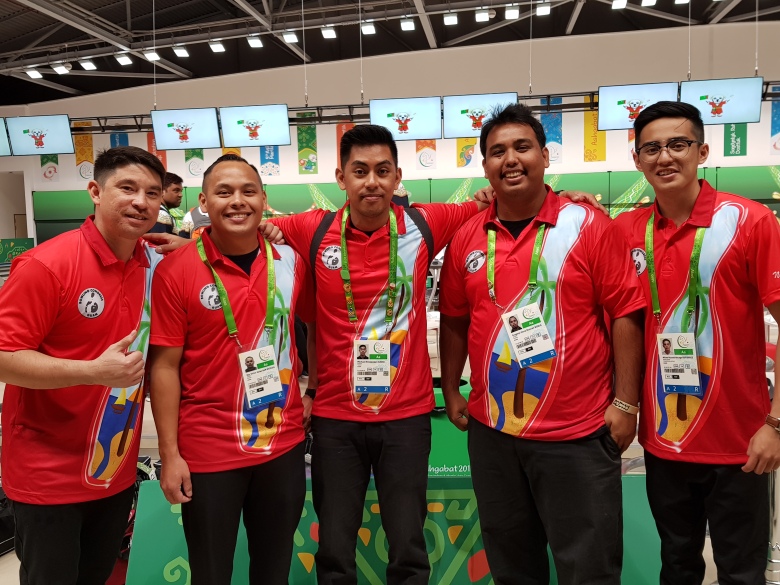 Guam’s bowlers struggled on the short oil surface during the singles competition.  Jay Leon Guerrero’s efforts to finish in the top 8 was derailed by a 174 score in the 5th game that busted his opportunity.  His 1299 total was 65 sticks off the pace which was attainable.  Leon Guerrero drew lines of 191, 227, 259, 212, 174, 236.  Unfortunately, he encountered carry problems on a particular lane that derailed his chances.  Equipment changes, hand positioning and line adjustments were made unsuccessfully as different pins stood in the way each shot.  Leon Guerrero finished the contest in 21st place, Ray San Nicolas’ 1220 total landed him in 35th, Greg Borja’s 1138 put him in 50th while Mike Gadia rounded out the list in 55th place with a 1100 total out of 64 competitors.