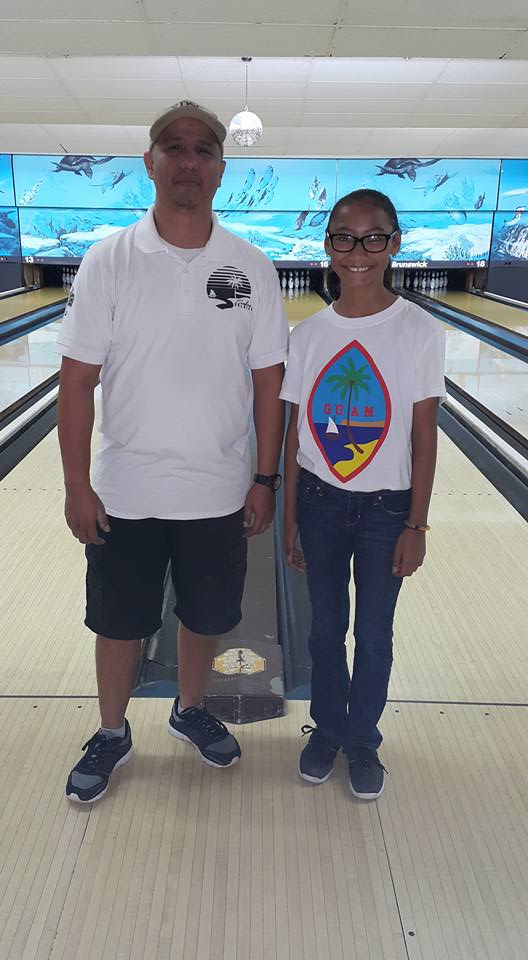 Ricky Duenas squeaked into the elimination round by three pins as a tenth seed from the six games qualifier held earlier in the day.  Thereafter, he used his experience in the elimination process to carry him to the inaugural 2017 Budweiser King of the Lanes monthly tournament championship.  Duenas began his ascension to the monthly title by eliminating 4th seed Zachary Ford 194-170 in round one.  Then in a low scoring affair, he spared a pin seven in the last frame of the quarter final round to squeeze by 6th seed Dante Godoy.  Thereafter, he battered top seed Greg Borja in the semi-finals before claiming the title via a blistering 235 game to show his younger opponent, thrice his age, what a more experience competitor is capable of.

Although runner up Noah Taimanglo came up short in his first bid for the title, the 14-year-old put up a strong outing.  He edged out 3rd seed RJ Santos in the first round by two pins, then disposed of 8th seed Nikko Gutierrez in the quarter finals and 2nd seed Aaron Elliott in the semi-finals to reach the championship round.

Defending King of the Year titlist Borja led the six-game qualifier trouncing the field by 98 pins with a 1301 total.  Elliott finished in second followed by Santos, Mike Gadia, Ford, Godoy, Josh Madrid, Gutierrez, Taimanglo and Duenas, who qualified for the elimination rounds.

11 year old Naiyah Taimanglo beat all odds to win the Aloha Maid Prince of the Lanes title.  As one of the youngest competitors in the field, she used her ongoing training regimen along with her handicapping advantage to claim victory.  She marched into the elimination rounds as a 7th seeded bowler dispatching 6th seed Arlene Reyes in round 1.  In the quarterfinal match, she bettered her 5th seed opponent Joe Manibusan’ score scratch.  Then in a thrilling semi-final round, she edged out top seed Kathy Mandapat by a pin to set up the monthly finale against 2nd seed Arnold Javier where she handily won her very first title.