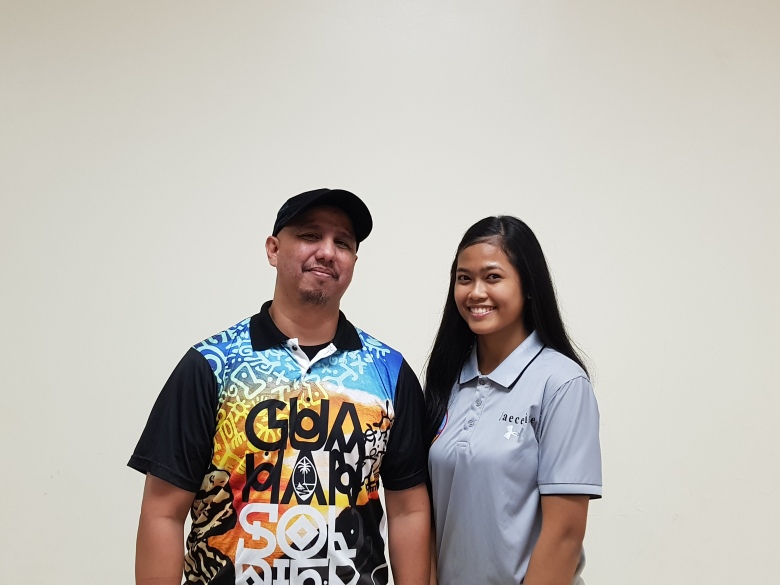 Top seed Ricky Duenas claimed his second Budweiser King of the Lanes title of 2017 upending 2nd seed Ray San Nicolas during the monthly finals.  The lead tossed back and forth during the first half of the game until Duenas found his striking range putting together five strikes in a row to put the game out of reach.

In the semi-final match, Top seed Ricky Duenas took an early lead from 10th seed Dante Godoy in the opening frames.  Unfortunately, a 4-6-7-10 leave on the 8th frame spelled trouble for the top seed as Godoy was able to tie the match with two frames remaining.  Duenas recuperated from the miss and struck out in the final stanza to avoid the upset.  In the other semi-final, 2nd seed Ray San Nicolas used a seven bagger to outbowl 3rd seed Michael Gadia 259-237 in a high scoring affair to advance to the monthly finals.

Duenas led all competitors dazzling the lanes early on with games of 256, 279, 236 and 255 finishing with a 1392 six games total. San Nicolas finished in second with a 1325 set followed by Mike Gadia, Nikko Gutierrez, Jay Leon Guerrero, Aaron Elliott, Greg Borja, Josh Madrid, Teliann San Nicolas and a tie between Victor San Nicolas Jr and Dante Godoy.  After a one ball roll off Godoy advanced to the elimination round.

In the Aloha Maid Prince of the Lanes, 2nd seed Jaeceline Espiritu struck on the first three frames to take a 42 pin lead and never looked back as top seed Darien Borja was unable to recover from two early missed frames.  In the end, Espiritu was awarded her first Prince of the Lanes title with a 205-162 victory.

The semi-finals proved to be a doozie for Borja as 5th seed Frank Manibusan Jr. brought the fight from the get go.  Manibusan strung the first five frames as Borja encountered a slight dilemma on the first two frames falling behind by 34 pins.  Borja recovered with a six bagger to take the lead after six frames by a four-pin margin.  Borja increased the lead through nine frames after Manibusan chopped the pin 3 off the six to eventually claim the match and a spot in the monthly finals.  In the other semi-final match, 2nd seed Espiritu struck the front four frames and moved into the finals eliminating 7th seed Annastashia Leon Guerrero 221-171.

Borja bowled a 1268 scratch score to lead all Prince competitors as Espiritu took second spot.  Naiyah Taimanglo finished in third followed by Eya Salandanan, Frank Manibusan Jr., Jesse Flickinger, Mike Wong, Annastashia Leon Guerrero, Arlene Reyes and a tie between siblings Jaymason Doyle and James Doyle.  The tie was broken by a one ball roll off which went to an additional shot after both bowlers struck.  On the second ball, James got the better of the younger Jaymason to advance to the elimination round.

The next Budweiser King and Aloha Maid Prince of the Lanes tournament will be held on Sunday, September 10, 2017, 11:00 a.m. at the Central Lanes Bowling Center.