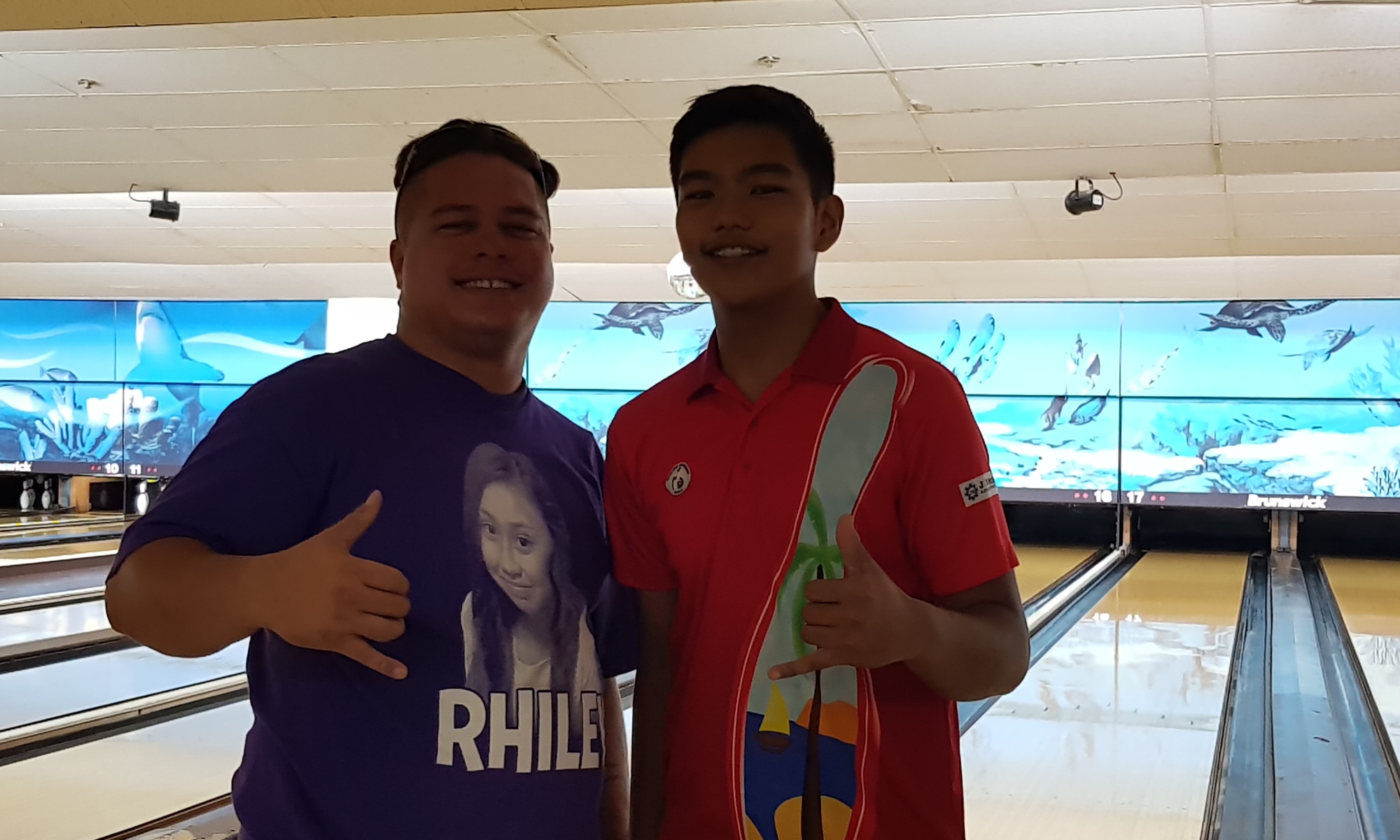 15-year-old Jeremiah Camacho bowled a 300 perfect game stringing twelve strikes in a row during the semi-final match of the Pin Point Guam King of the Lanes monthly tournament to qualify for the finals.  In the finals match, Camacho struggled during the first half against 2nd seed Gregory Borja as he trailed by forty pins after five frames.  The south paw found his groove thereafter as he began stringing strikes in the second half of the game.  As the match winded down, Camacho found himself having to strike out to win the match.  With Borja chopping the 6-10 leave, Camacho went to work one shot at a time to claim his second title of the year.  Top seed Camacho eliminated 6th Charlie Catbagan while Borja slipped past 9th seed Mike Gadia in the semi-final matches.

Camacho rolled games of 224, 247, 268 and 274 to claim pole position during the qualifying held earlier in the day for a 1013 total, 253 average.  Borja finished second followed by Noah Taimanglo, Jay Leon Guerrero, Aaron Elliott, Catbagan, Zachary Ford, Darien Borja, Gadia and RJ Santos rounded off the top ten who advanced to the elimination rounds.

The next Pin Point Guam King and Prince of the Lanes will be held on Sunday, October 21, 2018, 9:00 a.m. at the Central Lanes Bowling Center.