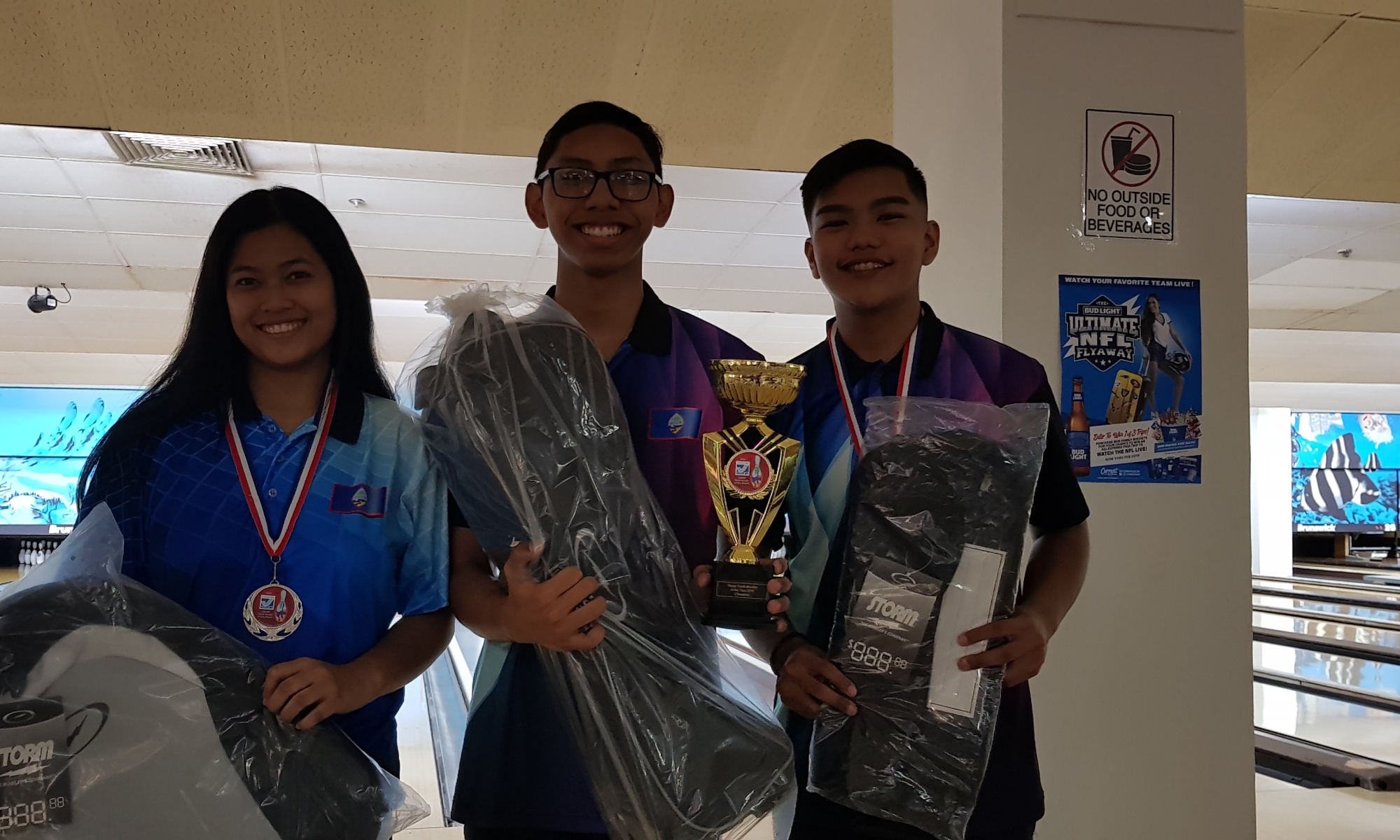 Top seed Jaeceline Espiritu steadily improved on her ranking after each game to reach the top seed of the 2018 Guam Youth Bowler of the Year Grand Finals.  She kept within striking distance against Noah Taimanglo throughout the first half of the finals match until a split on the sixth frame allowed Taimanglo to surge ahead.  Taimanglo used two sets of doubles and a turkey on his way to claiming the title with a 225 to 168 victory.

Southpaw Jeremiah Camacho drained five strikes in the pit to open a 20-pin lead on Taimanglo in the semi-final match.  A four bagger by Taimanglo closed the gap as 2nd seed Camacho struggled from the sixth to ninth frames, which allowed Taimanglo to take the lead and eventually claim the match closing out the game after a three bagger for a 248 to 232 victory.

3rd seed Taimanglo took an early lead on 4th seed Evan Duenas with a four bagger to open the quarter final match.  However, an errand shot in the fifth allowed Duenas to close the gap to six pins and take the lead with his 14-pin handicap advantage.  Taimanglo doubled on the 7th and 8th frames to regain the lead by 15 pins as Duenas’ 4-7-10 split leave along with a turkey by Taimanglo ended in a 231-206 set in favor of the higher seed.

Jaeceline Espiritu claimed the top spot after a tie breaker set that went four frames.  After each bowler struck through three frames, Espiritu left a pin ten to force Camacho to strike for the top post.  However, the ball jumped into the head pin leaving a 4-7-10 split and giving the top post to Espiritu.  After the six games qualifying Camacho and Espiritu locked up at 1348 pins as Taimanglo trailed in third with a 1312 set.  Duenas finished in fourth followed by Josiah Lanuza, Frank Manibusan Jr., Jordan Hattori, Annastashia Leon Guerrero, Sebastian Loyola and Bryce Jacosalem rounded off the top ten.