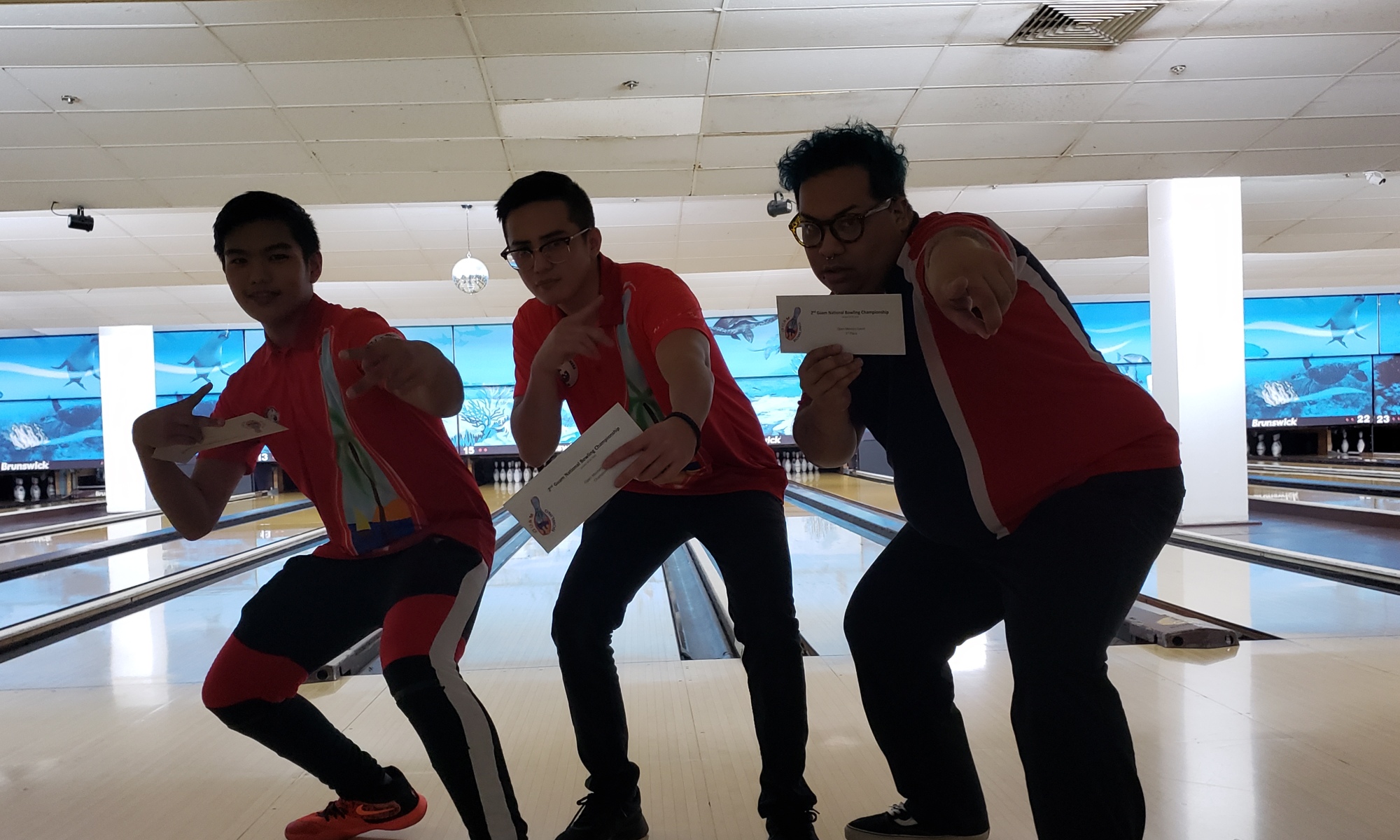 The finals match of the 2018 Guam National Bowling Championship was between two up and coming young bowlers who competed for the title on a long 44’ and short 34’ pattern.  Jeremiah Camacho, the younger of the two finalists, opened the match with a spare then capitalized on the top seed Nikko Gutierrez pin two miss on the second frame to erase the 17-pin handicap deficit.  Gutierrez bounced back with a double but missed spares on the fifth and sixth frames. He was able to hold on to a one pin lead before doubling in the 7th and 8th stanzas to increase his lead by 12 pins going into the last frame.  Another missed frame from Camacho resulted in Gutierrez being crowned the champion in a low scoring affair 173-161. 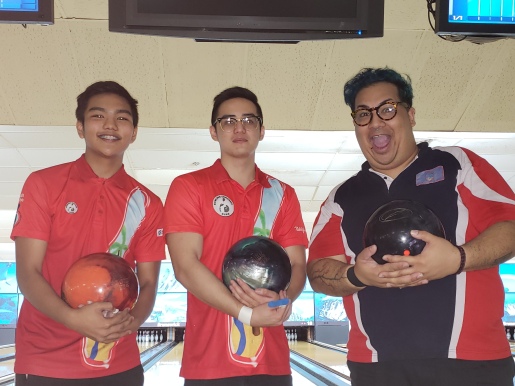 Charlie “MamaChar” Catbagan put pressure on his younger foe to open a 25-pin lead on 2nd seed Camacho.  A couple of errand frames cost the singer some leverage which was all the 15-year-old needed to get his confidence back as he strung seven strikes to win the match 233+5 to 179+26 and advance the final match against Gutierrez.  Camacho chose the short 34’ and medium 40’ pattern for the match.

Three lane patterns were provided on alternating lanes for the finals which produced calculated moves and nightmarish conditions for the field.  The patterns included the 34’ Tokyo, 40’ Athens and 44’ London World Bowling conditions.  The highest game of the day was 235 by Gutierrez who led the sixteen field finalists with a 1350 total including handicap followed by Camacho, Catbagan, Aaron Elliott, JD Castro, Victor San Nicolas Jr., Gregory Borja, Josiah Lanuza, John John Ada and Dorion Herrero who rounded off the top ten.

Justin Mendiola topped the singles event with a 780 total, 17 pins ahead of runner up Josiah Lanuza.  Elliott tracked in third ahead of Gutierrez by two sticks as RJ Santos took fifth place. 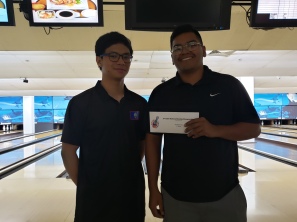 Lanuza teamed up with Ray Cruz for the doubles event title edging Castro and Santos by 11 sticks.  Frank Manibusan and Dorian Herrero finished in third.

RJ Santos topped the All Events list averaging 254 pins per game scratch.  In the process he registered the highest three game set of 813 with games of 245, 269 and 299, as well as two games of 493 in the trios event.  Justin Mendiola finished in third place with Josiah Lanuza and Aaron Elliot rounding off the top five. 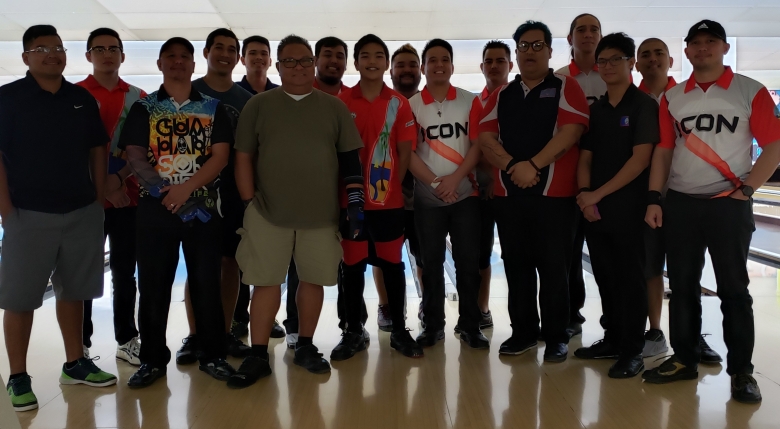