Jeremiah Camacho from Okkodo and Alexandra Loyola from Tiyan High School claimed the individual All-island Bowling championship Saturday afternoon at Central Lanes. Camacho is a sophomore and Loyola is a freshman. The All-island tournament was the finale of the High School League which lasted five weeks. 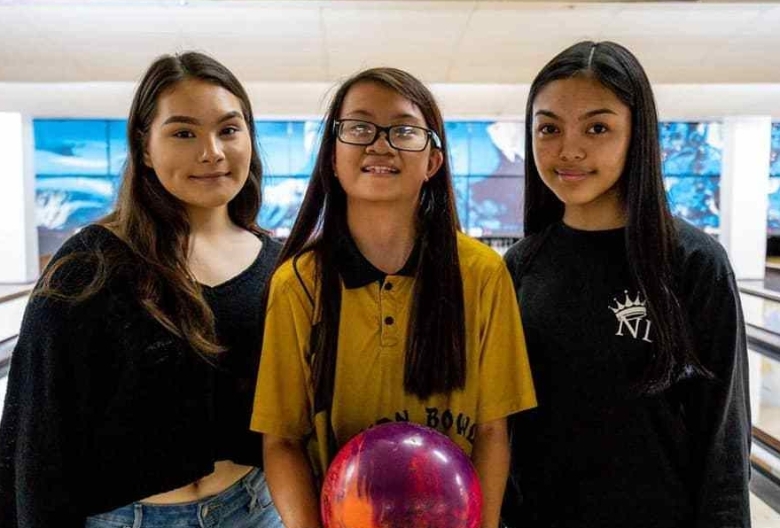 Loyola entered the tournament as the top seed and defeated Makayla Quichocho from ND in the finals to win the title. Quichocho was the tenth seed and upset two higher seeds to make the final match.

A bashful Loyola said she was surprised to win in her first year. “It feels good to win, I was actually surprised that I did well today,” said Loyola. Loyola said the victory is special because she is a freshman and she has three more years to go. Loyola bowled a 171 to win the finals, Quichocho got behind early and never recovered and shot a 91.

Quichocho shot a 148 in the semi-final match to advance over fellow teammate and second-seed Kiersten Wolford. Quichocho and Wolford, both new-comers to the sport, helped the Royals to a 4-1 finish. 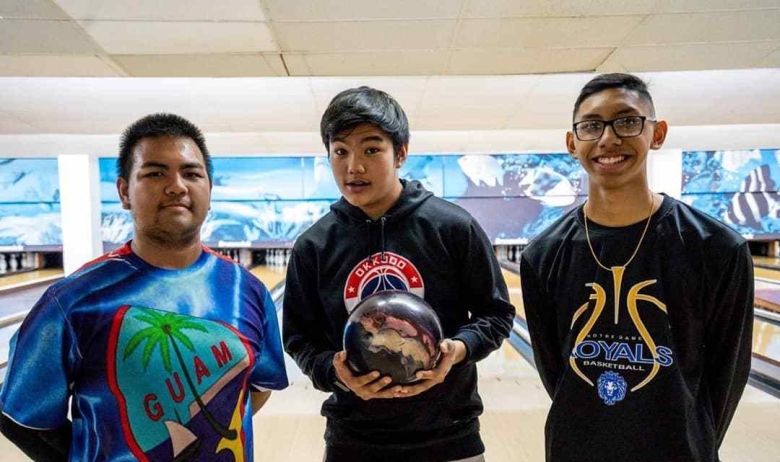 Camacho claimed his second straight Guam High School Bowling All-Island Championship for Okkodo with a 254-206 victory over JFK’s Jared Petrus. Camacho won the title last year as a freshman and struck the first seven frames in the championship match to cruise to the title.

Petrus, the third seed, mounted strikes in the seventh, eighth and ninth frames but Camacho was too far ahead to catch. Petrus ended with a respectable 206 game and was applauded after the match.

Petrus and second-seed Camacho eliminated top seed Noah Taimanglo from ND in the semifinals. Camacho shot 210, Petrus 193 and Taimanglo opened in the final frame to end with a 175 to settle for third place. The high school title eluded Taimanglo once again after being upset last year in the quarterfinals. Taimanglo was the top seed based on total pinfall during the regular season.

“After Noah got eliminated I wasn’t relieved at all. Jared has been playing really well and was focused,” said Camacho after Taimanglo was upset in the semi-final. “Anything can happen and you can never take any opponent for granted”. 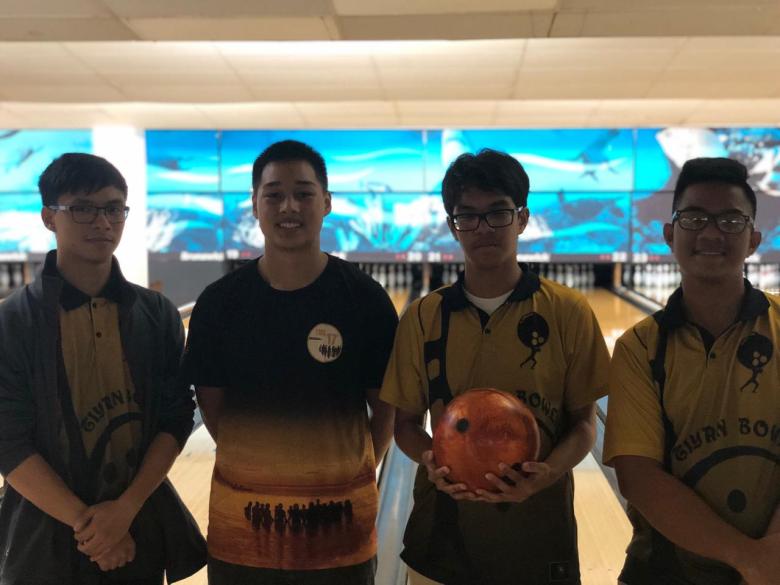 Alexandra Loyola from Tiyan had the highest average for the girls division with a 142. Taylor Mendiola from ND had the highest two game series with a 234 and the high game was claimed by JFK’s Kellie Agustin with a 134.

The total number of league participants was 39 total bowlers. The top 12 from each division made the all-island tournament based on their regular season performances.