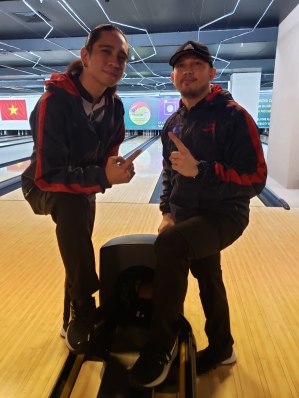 JD Castro and Aaron Elliott took to the lanes and dished out an old-fashioned strike fest during the 33rd Asian Intercity Bowling Championship contested at Megabowl, Ho Chi Minh City, Vietnam from November 13-20, 2019.

Castro and Elliott topped the leader board with a dazzling performance of 1860 over four games averaging 232 pins per game. They took pole position on game three and held on to beat Happy Valley’s duo of David Tsang and Leo Tse by 39 pins. Happy Valley’s second tandem of Jason Sin and Michael Tsang were 57 pins adrift while Dededo’s Charles “Mama Char” Catbagan and Dorian Herrero held on to the final medal spot after an electrifying 500 pin count which they led the field on the onset of the event. 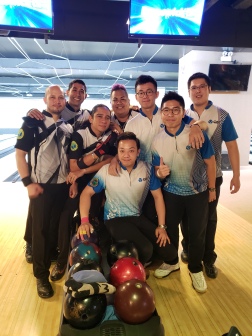 In the medal round match ups, Tamuning’s Castro and Elliott ousted 4th seed Catbagan and Herrero of Dededo in the Baker’s format 215-191 while Tsang and Tse won the battle of Happy Valley to set up the gold medal match.

In a hotly contested doubles event finale, Castro and Elliott escaped the match after forcing the anchor from Happy Valley to double on the tenth frame. A solid strike on the tenth frame by Tsang made the match quite interesting and nerve racking. On the must strike fill frame, Tsang felt that ball come out flat from the fingers and watched as it flailed into the head pin leaving pins 3-6-10, as they fell short of the gold by five pins and watched the Tamuning tandem celebrate the 216-211 victory. For their efforts, Castro and Elliott were awarded the gold, Tsang and Tse took silver while Jason Sin, Michael Tsang, Catbagan and Herrero claimed the bronze medals. 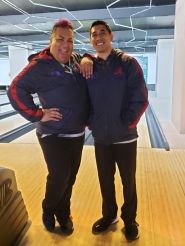 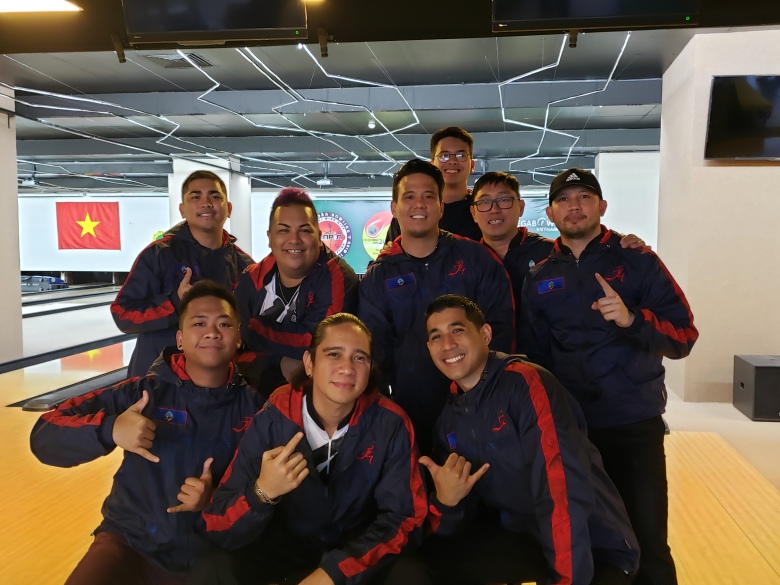